When money is tight and bills need to be paid, one of the best strategies available to consumers is to cut costs. Cutting what you spend is almost always more feasible than increasing what you earn, and many times there is potential to cut a significant amount of “wants” out of your budget. This process needs to be guided by efficiency (so you get the most bang for your buck), and perhaps the greatest inefficiency in a budget is duplication. If you’re paying for the same good or service twice, you aren’t maximizing your savings potential. Let’s take a look at the most common duplicate expenses and how much you can save by cutting them. Keep in mind that this article isn’t for everyone, and the advice here is intended for people who want to achieve maximum efficiency from a monetary standpoint (not a standpoint of luxury or convenience).

Cell phone and a landline 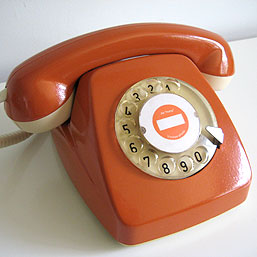 This one is a classic. Millennials have figured it out, but many older generations have not. The average cost of landline phone service in the united states is likely somewhere between $15-$30 per month, which means yearly costs between $180 and $360. While the average cell phone bill is higher ($73 per month), we have to remember that the cell phone is a powerful tool—a mini computer and GPS, among other things. And, you can cut your smartphone bill to as low as $10 per month if you switch to a no-contract carrier. Your best bet in this instance of duplication is to cut the landline.

A note about bundled services and contracts

The most common objection to this plan comes up when consumers have services under contract or bundled together. In the case of contracts, consumers will need to determine how much it will cost them in the form of a termination fee to end one line of servicer that is under contract. In some cases, it will still make sense to pay that fee and then not have the monthly payment moving forward. In other instances (when the contract is near expiration) it will make sense to finish out the contract and then cancel. In the case of bundling, consumers should carefully inquire as to whether the “bundling” is really saving them money. In my personal experience, many companies put multiple services (cable, Internet and phone) on the same monthly bill, but the prices aren’t discounted as a result. Your mileage may vary, and you’ll need to crunch the numbers to make the right decision in your situation.

The average cable bill is just under $65, and the price for Netflix streaming starts at $8 and goes up to $12. If you have both services, you might be paying up to $77 per month. But if your money is tight, $8 sounds much more promising, doesn’t it?

It doesn’t get much more clear-cut than that. With Netflix, you have at least some high quality entertainment available to you, and if you combine this with an antenna for your television you can pick up a number of local stations, which will serve up news, many high-profile sporting events, sitcoms and the occasional movie.

Internet and a cell phone

This one is a little more radical, but worth a second look for anyone who is in a pinch. If you only need minimal access to the Internet, you can use your cell phone’s hotspot capability to surf the web on your laptop or other device. You’ll eat up your data pretty quickly if you stream videos, but you’ll at least be able to meet the demands of passive web surfing (paying bills online), etc. You’ll likely be saving between $40 and $60 per month in home Internet costs by doing so. You should also check out FreedomPop, which offers free and low-priced home Internet (you do have to purchase a modem) and is making wifi more widely available through a network of public hotspots.

When you’re already paying for a cell phone, get as much use out of it as possible. In addition to providing Internet, it might even be able to serve as your primary computer, and you could consider selling your laptop or desktop. There’s always the public library as a last resort.

Gym memberships are notorious for going unused, and their prices vary greatly. Low-budget gyms like Planet Fitness offer membership for $10 per month (more like $17 when you account for the fees), while upscale “fitness clubs” can cost an individual over $100 per month. So step one in a crunch would be to downgrade your membership to a more affordable gym.

But I can’t tell you how many people I know who have gym memberships and a significant amount of fitness equipment available to them at home. Some of them own fitness equipment (bikes, free weights, etc.) and others live in apartment complexes with free gyms on site. If you have similar resources at your disposal, then consider leaving the gym altogether and using what’s freely available.

Alcohol and going out with friends 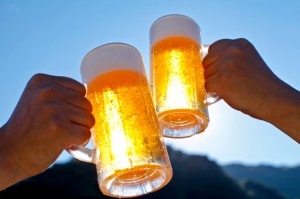 Alcohol is no cheap thrill. Especially with the craft beer movement of late, it’s getting more and more expensive. Depending on your drink of choice, you can expect to pay anywhere from five cents per ounce to twelve cents per ounce for store-bought beer at home. If you go out, expect the range of prices per ounce to rise to about 33 cents to 50 cents per ounce. That’s right, if you pay $6 for a twelve-ounce beer at a restaurant, and each sip is about half an ounce, you are paying a quarter each time you pick up the glass! You could spend more on alcohol in one night out than a whole month’s worth of stocking your fridge at home.

Including some room for alcohol in your monthly food budget is one thing, but spending on booze at the store and at the bar will add up. If you’re really trying to save, alcohol should be cut out altogether. But at a minimum, set a firm budget for all alcohol costs and stick to it. If you know you have a few nights out planned with friends this month, then don’t buy alcohol with your groceries, and vice versa.

Food and going out to eat

The same principle applies when talking about food. You are going to pay a significant markup on the convenience of having someone else prepare food for you. If you do this often, then you need to work extra hard to ensure your meals at home are affordable. On the other hand, if you want to do some fine cooking at home, with more expensive ingredients, then you need to plan on skipping some of the meals out.

And whatever you do, be sure to work some cheap recipes into your home meal planning. For starters, we have a cookbook that prices home-cooked meals at $1.11 per person. Compare that to a $10 meal out (which may be on the low end) and you will see the savings impact of cooking at home.

Make sure you are a smart grocery shopper as well. By not buying in bulk and/or shopping sales, your grocery shopping is more expensive already. Add meals out into the mix and your food budget will get bloated fast. 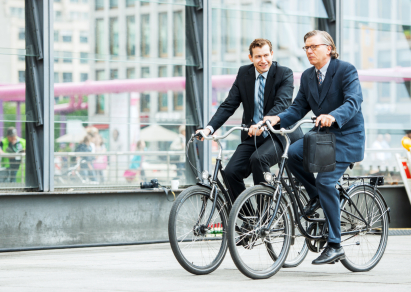 Splitting apart this combination is fairly controversial too, because our culture has placed a heavy emphasis on the automobile for quite some time now, and many of us live in areas where life without a car just isn’t possible. But if you live in a major metropolitan area, chances are you have some sort of public transit available to you. And if you use it regularly, you may want to take a closer look at whether having the car is worth it.

A few years ago, we wrote a post about living without a car and reached the conclusion that in some cities, this decision could equal monthly savings of over $800. And in those examples, we assumed that a family downgraded from two cars to one and one person used public transit. In this category, your mileage will vary (literally), but it’s something worth considering thoroughly, especially if you need to have extra cash on hand.

When your goal is to cut spending, these should be some of the firsts costs you consider. In fact, each cost we outlined here is covered in every credit counseling session we offer here at Clearpoint. So if you haven’t already evaluated how much you spend in these areas, be sure to do so, and keep an eye out for how to cut down on duplication in your budget.

As always, we are here to help.

Want more help with your budget?

Try our free and easy to use budget calculator.

No responses to “How to Cut Duplicate Expenses from your Budget”