Note: this post first appeared on NerdWallet. Clearpoint is a proud member of NerdWallet’s advisor network.

Thirty-eight percent of American households carry credit card debt from month to month, and that total debt adds up to $918 billion. The Federal Reserve estimates the average household balance is more than $16,000. And the average U.S. household is paying $6,658 a year in interest alone, or 9% of its income.

This news is discouraging, but there is reason for optimism. People can still emerge from debt, as long as they take action — and understand the behaviors and impulses that can lead to debt problems.

At Clearpoint Credit Counseling Solutions, one of the oldest and largest nonprofit credit counseling agencies in the U.S., we have studied internal data and interviewed agency staff and clients to better understand the people behind the statistics. We have determined that clients with high debt tend to fit into four financial money personalities: Spenders, Gamblers, Bohemians and Careful Planners.

Here is a description of each personality based on our observations, illustrated by a real-life Clearpoint client who has managed to overcome debt problems. Names and locations of the clients have been changed to protect their identities. 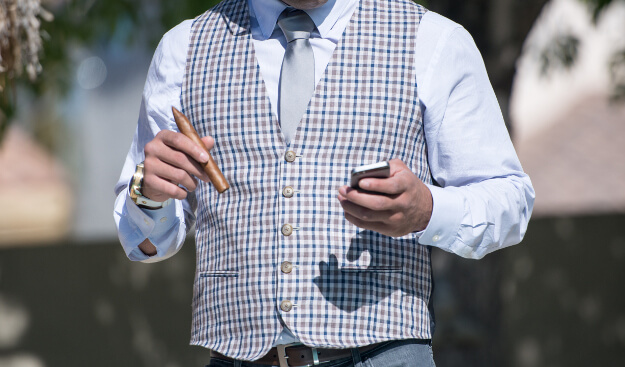 Jake: $290,000 in debt
What’s the largest group of consumers who seek financial counseling? Those who do not keep a budget. They often do not know their account balances or even how much they receive in take-home pay. They are the Spenders.

THE BEHAVIOR: Spenders purchase items that are beyond their means. They trade in vehicles frequently, rolling negative equity from the last car into the new one, and often overspend on everyday living expenses, such as housing and groceries. They also tend to spend heavily on wardrobe and personal stylists, and they shower their loved ones with gifts, almost always charging to credit cards.

When money gets tight, Spenders tend to rely on windfalls such as bonuses and tax returns to save the day, all while barely making their credit card minimum payments. Their mantra is “money is meant for spending,” and thus they have no trouble parting with it. They sometimes rationalize their lavish lifestyles by giving to charity, often using credit to do so.

CASE STUDY: Jake, an attorney from Texas, found himself watching “The Suze Orman Show” late one night and quickly realized that Orman would use her catchphrase — “denied!” — in response to most of his money choices. The next morning, he sat down to look over his finances. About an hour later, he had listed 34 creditors and a balance totaling $290,000.

Feeling stunned and overwhelmed, he turned to Clearpoint and developed a working budget with his counselor, who suggested thousands of dollars in spending cuts. After reviewing Jake’s creditors, the counselor determined he could reduce the average interest rate on his cards from 23% to 11% and save more than $1,200 per month by enrolling in a debt management program. Jake began his repayment and sent his counselor a celebratory email each time a credit card was paid off. His counselor encouraged him along the way, helping him repay all his unsecured debt in just 42 months.

BOTTOM LINE FOR SPENDERS: Although often resistant to change, Spenders who are buried in debt must accept the reality of a complete financial overhaul. This usually includes adopting a cash-only model, tracking every dollar they spend and cutting up all their credit cards to curtail spending. Spenders must wean themselves off using credit as an extension of their income in order to realize their goal of becoming debt-free. 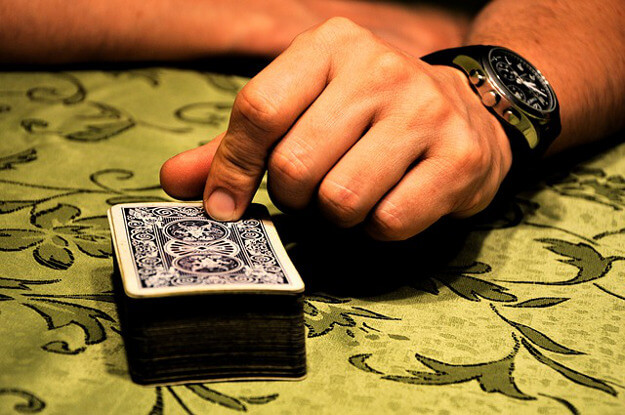 Sharon: $298,000 in debt
Life often feels like a game of chance to people who fit this financial archetype. They tend to be driven by optimism and often make choices based on instinct rather than on critical research. Gamblers thrive on big risks, motivated by the chance for even bigger returns. The Gamblers who seek financial counseling often have lost it all.

THE BEHAVIOR: Gamblers are bold and confident in their thinking, and they often see significant success at first — for example, starting companies, selling them at a handsome profit and using the proceeds to fund another business. When they falter, they are confident they can reproduce their prior success, although they tend to skip over careful analysis and go directly for the bold moves.

When hard times hit and revenue becomes lean, however, they often have difficulty adjusting their lifestyles. Gamblers closely associate their images with professional success, so in order to maintain status they finance their high standards of living.

CASE STUDY: Sharon, an entrepreneur from Chicago, felt like she had hit rock bottom and was ashamed to admit to her best friend that she had amassed $298,000 in unsecured debt in addition to a mortgage, auto loans and student loans. Working with a counselor, she consolidated her 10 credit cards, which had an average interest rate of 27%, into one monthly payment that was a whopping $2,000 per month lower than what she’d been paying on the individual cards, with an interest rate of 8%. After beginning her repayment plan in the fall of 2009, she finished it exactly five years later and now lives without credit card debt.

BOTTOM LINE FOR GAMBLERS: While they are creative and hardworking, their egos can land them in financial ruin. Gamblers take losses personally and often blame themselves, but they must pick themselves up and learn from the experience. Gamblers should minimize risk by discussing their plans with objective third parties in order to gather perspectives. 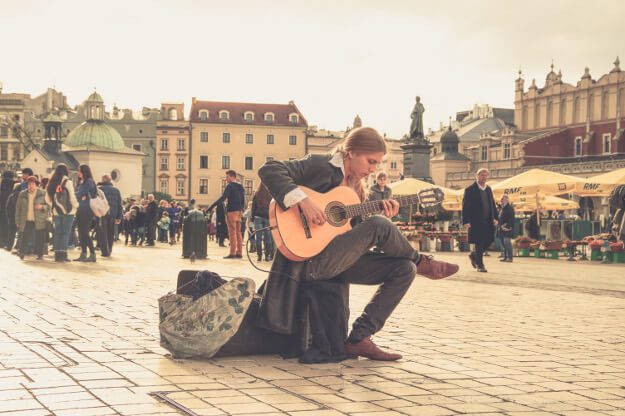 Kevin: $265,000 in debt
Like the Spenders, Bohemians almost never budget and often live paycheck to paycheck. They want to live life to the fullest and are impetuous regarding their money because they are not interested in details that keep them from enjoying life.

THE BEHAVIOR: Bohemians may be artists, writers, musicians or simply free-thinkers who like to engage in expensive pastimes, such as extreme sports or extensive travel. Where Bohemians differ from Spenders and Careful Planners is that they don’t view money as a tool to create social status or financial stability. Some of them may even feel that those who think too hard about money are neurotic.

CASE STUDY: Kevin, a Gen X musician from California, is a prime example. Engaged and with a baby on the way, Kevin had $265,000 spread across 20 unsecured creditors, and he feared he might have to consider bankruptcy. His fiancee persuaded him to take a hard look at his finances. After contacting his credit union, Kevin was referred to a Clearpoint counselor who helped him balance his budget, including a mortgage and two auto loans, and helped him establish a debt management plan. He was able to reduce his monthly payment by $1,300 and cut the average interest rate on his cards from 25% to 10%. This, combined with with $2,500 in monthly budget reductions and a personalized action plan, allowed Kevin to pay off his credit card debt in 54 months.

BOTTOM LINE FOR BOHEMIANS: The hedonistic ways of Bohemians are important to acknowledge in order for debt repayment to be successful. They must realize that a spending plan does not mean deprivation from everything they enjoy. It is helpful to create a special savings fund for affordable incentives to celebrate milestones along the way, such as when a creditor is paid off. Bohemians should find ways to automate their savings and seamlessly build budgeting and money-saving tactics into their routine. If they can manage their finances in a convenient and streamlined way, they can continue their carefree lifestyle while also being financially secure. 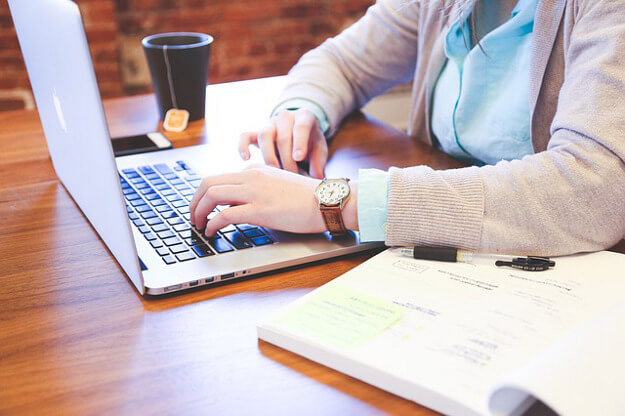 Donna: $147,000 in debt
Even Careful Planners, the most frugal of money personalities, can fall upon hard times. Dramatic increases in the cost of education and health care mixed with difficult employment and housing situations are often to blame.

THE BEHAVIOR: Careful Planners learn from a young age how to manage their money wisely, always budgeting and looking for the best value. Their parents teach them about delayed gratification, and they grow up taking conservative vacations and driving well-used cars.

When finances begin to slip, Careful Planners can sometimes panic. Job losses, relocations and unsuccessful attempts to sell homes are common crisis points, exacerbated by bills for their children’s private universities or student loans. They cut back on expenses and deplete emergency savings in an attempt to cover their shortfall, but it’s not always enough.

CASE STUDY: Donna, a professor from upstate New York, accumulated $147,000 in unsecured debt among nine creditors after a series of events beyond her control. She and her husband considered withdrawing from their retirement savings, but Donna eventually found her way to a counselor, who told her she could save $1,000 per month in credit card payments and decrease the interest rates on her cards from an average of 15% to just 4%. Thankfully, Donna’s husband found employment, and her counselor helped arrange a loan modification with their mortgage company. With all these changes, the couple maintained their monthly payments, restored their good credit and became debt-free in 58 months.

BOTTOM LINE FOR CAREFUL PLANNERS: Financial diligence can be an Achilles’ heel for Careful Planners. Their sense of personal responsibility can be so strong that they refuse to seek help from their creditors, a credit counselor or legal counsel when they face difficult times. Instead, they turn to their assets to bail them out — in some cases doing more harm than good. Careful Planners should be aware of this tendency and understand that there is no shame in seeking advice and assistance. Conversely, some are so opposed to touching long-term savings that they ultimately suffer greater financial losses by not using assets in cases where that is the best option.

As you can see, there are many ways consumers end up in six-figure credit card debt. Sometimes, it’s the result of a subconscious financial personality, and other times it’s the result of a collection of difficult circumstances. Whatever the case, there’s always a light at the end of the tunnel, and the repayment often happens much more quickly than you might expect.