As you probably know, Netflix is set to release the third season of House of Cards this week. They’ve already “accidentally” revealed the series to viewers for a few hours (before removing it) and used creative marketing tactics such as adding the “Claire Underwood Recently Watched” category to the platform. But what you haven’t heard is that Clearpoint just released its own parody series—House of Credit Cards. That’s right, our main character, Frank Overdraft, is set to take Washington by storm with his plastic payment methods.

You can watch House of Credit Cards now over on our RepayDebt website. There are only six short episodes, so binge watching will be quick and painless, and shouldn’t require a bathroom or snack break. We even threw a fun skit into the mix—we won’t spoil it for you, but let’s just say that critics refer to the performance as “A stunning tribute to 90’s cinema. Frank Underwood meets Forrest Gump.”

While you’re there be sure to download the “Guide to Keeping Your Financial House in Order,” which provides tips for improving your own monetary policy and balancing your budget.

We’ll leave you with this teaser, showing the power hungry, interest-focused Frank Overdraft in action. Be afraid, and don’t stand in his way. 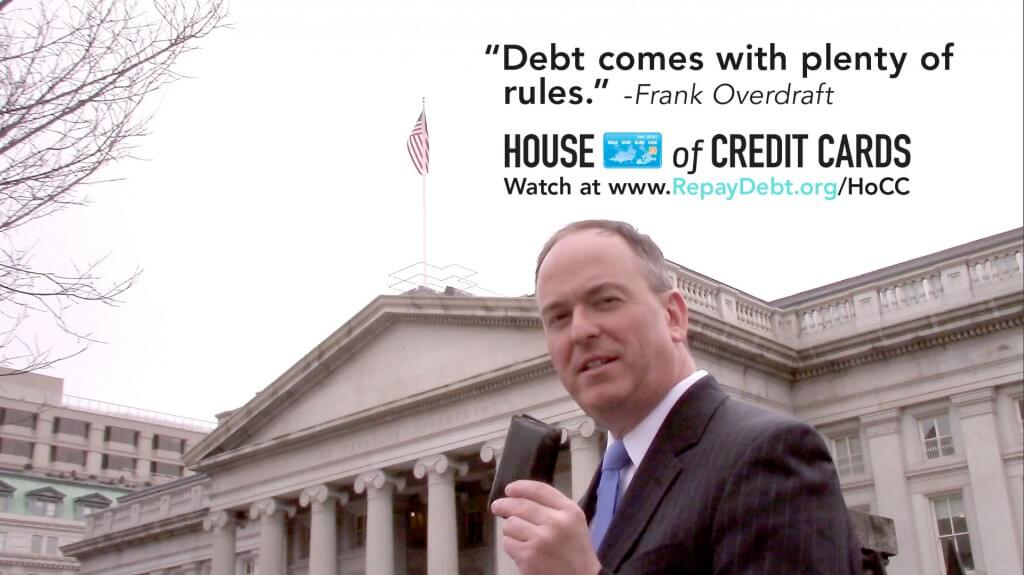 Watch Frank Overdraft as he takes over Washington in this Clearpoint original series.

No responses to “Clearpoint Releases its Original Series: House of Credit Cards”