If you’re considering buying a new car, then you may be hitting your midlife crisis. No, maybe not the type of midlife crisis you’re used to hearing about, but the kind that will continue to be a financial burden until you reach your… midlife. It’s an easy trap to fall into, though; for example, take a look at how it tempted our protagonists in the “Airbag” episode of our Penny’s All About the Benjamins video series.

Other than your house, a car is likely the most expensive purchase you’ll make for something you’ll use day in and day out. It’s up to you to figure out if you can afford purchasing a brand new one, but here’s a helpful tip: just don’t do it!

You may think that satisfaction with your life and your status is a valid reason to buy a new car. But there are many more reasons why buying one just doesn’t make financial sense. For instance, did you know that even if you buy a brand new luxury car, it likely doesn’t hold its value very well? That’s right—only 1/10 of the top cars for resale value are over the “luxury threshold” of $35,000!

“…Come with the latest extras.” 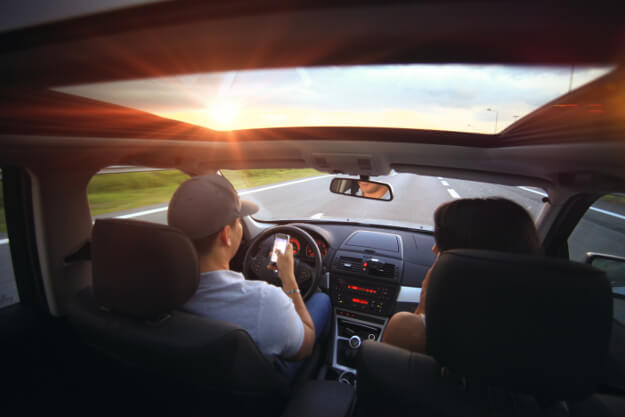 Okay, it’s easy to admit that new technology really is awesome, and we humans are attracted to pretty, shiny, and new. But while car dealers will hone in on that trait, throwing in all those extra amenities — pinstriping, protective coatings, even Sirius XM subscriptions — what value does all that really have?

The answer is not much. These upgrades don’t affect the car’s resale value as much as they used to, and the truth is, you probably won’t use all of them on a daily basis. Search instead for a used car with the specific built-in features you want, like a sunroof or GPS. You can afford these features without expensive dealer packages. 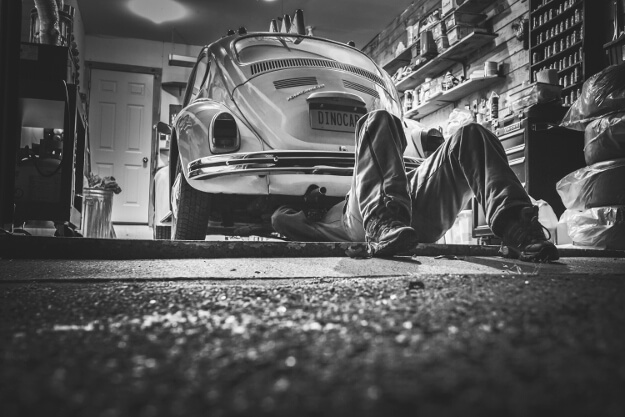 Sure they’re more reliable than a used car that’s plagued with problems. But there are many used cars on the market today that could be classified as “like new.” Some people buy new cars, decide they don’t like them (or have some other issue with them) and resell them immediately.

As a buyer, it’s your job to do your research and figure out if a used car will be a “problem” car. But a good way to avoid this, and maybe even score a great car in the process, is to use the four-year rule of thumb.

Don’t look for a used car that’s over four years old. That way, it’s still relatively new and has low mileage — it’ll just have less depreciation attached (more on that later). So when you go to sell it, you’ll be able to sell it for an amount closer to the purchase price, all things equal .

“Are safer and more fuel-efficient.” 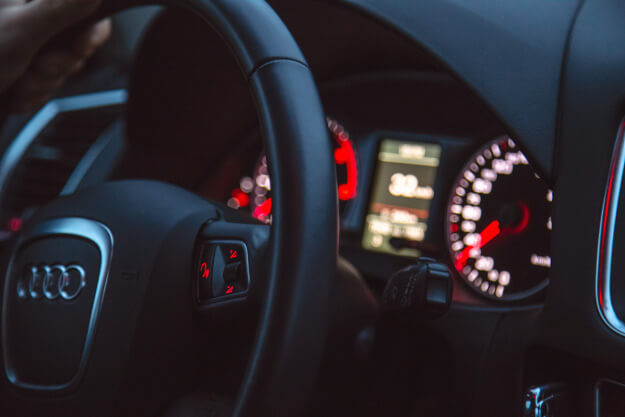 Maybe so, but if you follow that four-year rule above, you could end up buying a car that’s just as safe as that new one rolling off the lot.

All that tech, like blind-spot monitoring, updated airbags, and brake assisting, has been around for a few years now. You can buy a car from 2012 that’s now three years old, and chances are it will have some of those features. Even cars that were made before 2012 got great mileage for their time (Toyota Corolla, anyone?), so that shouldn’t be much of a concern either. 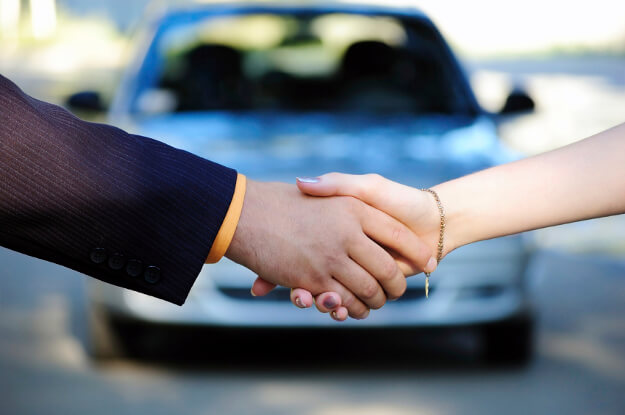 This one can be tricky. Sometimes, banks will offer you lower financing rates on a new car — the car hasn’t been hit with depreciation, and it’s worth more. But, buyer beware.

According to USA Today, banks can trap you in a cycle of payments. By offering you lower APR, that translates to lower monthly payments. But when those payments eventually add up to a large sum in the long run, the total cost may end up being higher than the sticker price. Lower payments may also trick you into not paying down the car more quickly, which could cost you more than a used car with a higher monthly payment.

And thanks to good ol’ depreciation, that car you ended up paying more than the sticker price for loses value over time. And that’s money you can never get back. If you plan to finance, do your research first.

Now, if you’re still not quite convinced that used cars are a more financially sound decision, let’s look at a few clear-cut reasons why you should really consider buying one.

Did we mention depreciation? 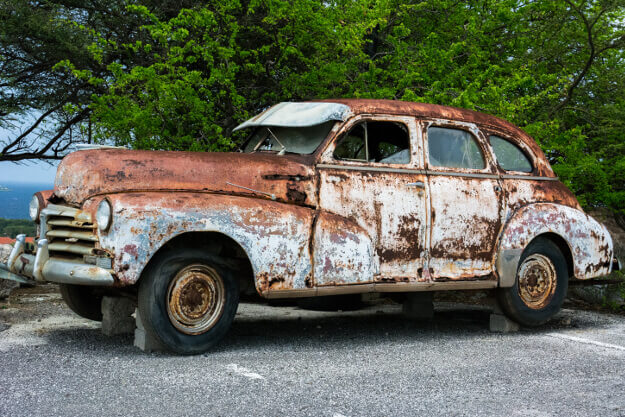 According to this infographic, a new car on average loses 19% of its value in the first year of ownership. And as mentioned above, if your car depreciates at a faster rate than your loan payments are able to reduce the principle, you will own more vehicle for less worth. In other words, bye-bye money!

With a used car, you’ll get hit with little to no depreciation when you roll off the lot.

Get more for your maintenance. 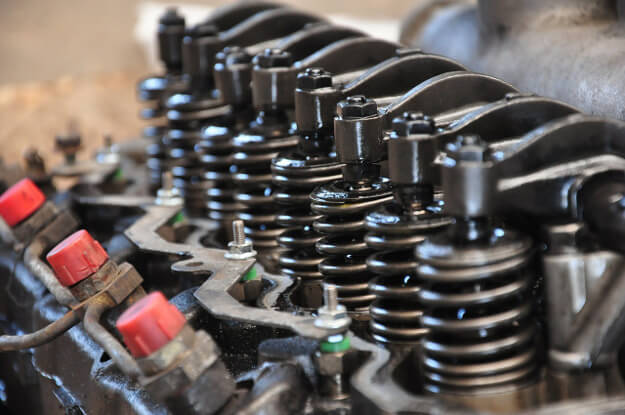 A used car will more than likely have to be serviced more often. It’s a fact of life. But if you’re smart about it, your wallet won’t hurt too much.

It’s imperative that you find a dependable auto mechanic that gives you the best service for your buck, as well as good advice. You can also search for dealers that offer warranties on used cars, which can be an incredible value. 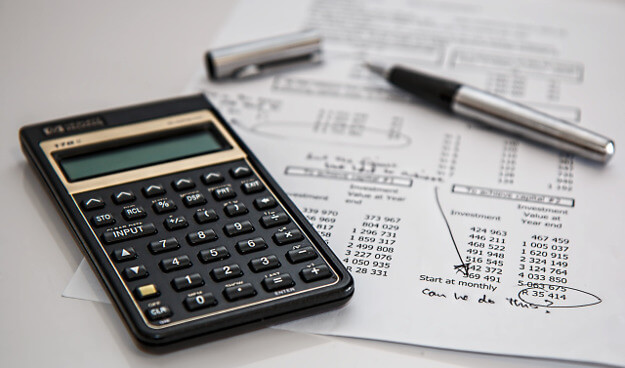 Just like with financing, your car insurance rates will be affected by your car’s age. As this articlebank suggests, new cars have more value than used cars, which will be reflected in your insurance payment.

Should you choose to get theft insurance or damage insurance, a used car will be cheaper to insure in both cases. You will pay less deductible and less premium. Again, do your research, and you’ll be able to avoid the shock of new car insurance.

When it comes down to the decision of new vs. used cars, buying a new one just simply isn’t worth it. You’re hit with payments left and right, amenities that don’t add value, shocking depreciation rates, and insurance that might skyrocket.

Used cars are cheaper, have less depreciation value, and will still get you from point A to point B. It’s up to you now to find the right one for you.

If you’re saving for a new (used) car or are already dealing with a car payment, be sure to check out our monthly budget calculator to help visualize where your money is going.